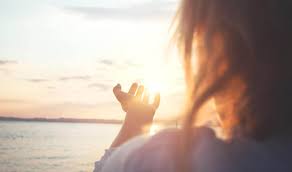 He was a worshiper of God.

He loved and obeyed God.

He was the King of Judah, following his father, Asa.

A bold and faithful follower of Yahweh, Jehoshaphat consulted God’s prophets before making decisions and credited God for every victory.

A victorious military leader, He was honored and made wealthy from tribute.

He learned that consistent dependence on God is the only way to succeed.

He was a humble man of faith.

Jehoshaphat took office, about 873 BC. What did he do as a leader?

God looked with favor on Jehoshaphat, strengthening his kingdom and making him wealthy. The people of Judah and Jerusalem enjoyed a great measure of prosperity and God’s blessings under Jehoshaphat. Neighboring kings paid tribute to him because they feared his power.

3 enemy territories decided to band together to attack this kingdom. When Jehoshaphat learned that a great army had come against him (2 Chronicles 20:1-2), he immediately realized three things.

Jehoshaphat’s immediate response was to call a nationwide prayer and fast and he cried out to God for help. (2 Chronicles 20:3-11). The people gathered in the temple and sought God.

Prayer was his first strategy.

I love how Jehoshaphat proclaims his faith from the very beginning.

“O Lord God of our fathers, are You not God in heaven, and do You not rule over all the kingdoms of the nations, and in Your hand is there not power and might, so that no one is able to withstand You?” (verse 6)

“O our God, will You not judge them? For we have no power against this great multitude that is coming against us; nor do we know what to do, but OUR EYES ARE UPON YOU.” (verse 12)

Jehoshaphat’s pattern and directive: He:

He stood in the temple, in God’s Presence, and cried out in his affliction and declared that God will hear and save.

He trusted God and WORSHIPED HIM.

God answers the prayer of His people through the voice of a prophet: “Do not be afraid nor dismayed because of this great multitude, for the battle is not yours, but God’s. You will not need to fight in this battle.

POSITION YOURSELVES, STAND STILL, AND SEE THE SALVATION OF THE LORD WHO IS WITH YOU, O JUDAH AND JERUSALEM!”

Do not fear or be dismayed; tomorrow go out against them, for the Lord is with you.” (verses 15 and 17)

Jehoshaphat and all the people bow themselves to the ground and WORSHIP.

“So they rose early in the morning and went out into the Wilderness of Tekoa; and as they went out,

Jehoshaphat stood and said, “Hear me, O Judah and you inhabitants of Jerusalem: Believe [same word in hebrew as in Abraham believing God’s promise and obeying him] in the Lord your God, and you shall be established; believe His prophets, and you shall prosper.

And when he had consulted with the people, he appointed those who should sing to the Lord, and who should praise the beauty of holiness, as they went out before the army and were saying

And you know what happens? CONFUSION.   CHAOS.

The different enemy armies began to fight one another rather than making a unified force against Judah! They fought and killed one another! The only action on the side of Judah was PRAISING AND WORSHIPING God! Their eyes were on Him.

When his people came upon their enemies they were all dead. It took them three days to gather all the jewels and spoils of war.

They went home to Jerusalem and began PRAISING AND  WORSHIPING GOD!

Our directive in all things:

Worship before, worship during, worship afterwards!

“PRAISE THE LORD FOR HIS MERCY ENDURES FOREVER.”

“WE DON’T KNOW WHAT TO DO BUT OUR EYES ARE ON YOU.”